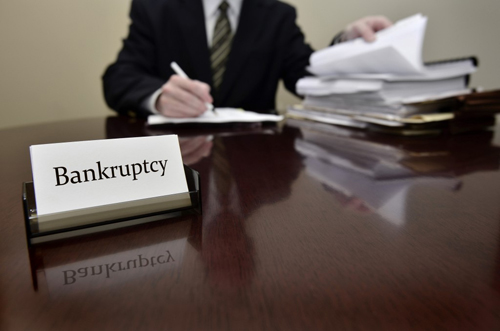 The Effects of Covid-19 on Bankruptcy Filing and Mortgage Foreclosures

As Covid-19 forced lockdowns across the nation, unemployment skyrocketed, and many industries screeched to a halt as the Gross Domestic Product fell by more than 30 percent in the second quarter of 2020.

Despite the bleak economic situation, some economic data like bankruptcies and delinquent mortgages would tell a different story if you took it at face value.

For example, data and analysis emerging on bankruptcies and mortgages show the opposite of what you’d think would happen with 10 million people unemployed and businesses still dealing with lockdowns.

All bankruptcy filings are down more than 20 percent in the latest year stats are complied. And government legislation has staved off foreclosure proceedings, at least for now.

Business bankruptcies up, but consumer cases down

Despite the economy being in an unstable state, bankruptcy filings have plummeted from Sept. 30, 2019-Sept. 30, 2020, the latest stats available from the Administrative Office of the U.S. Courts.

The courts report the entire state of New Jersey’s cases as a whole, not by region. All totaled, 17,237 cases were filed compared to 25,399 a year ago. That’s a 32 percent decrease.

The court offices said that bankruptcy filings generally increase after the beginning of an economic downturn. For the Great Recession, filings increased for a couple of years before hitting the peak in 2010. Fewer cases could also be occurring due to the schedule for bankruptcy courts being disrupted because of COVID.

A group of Harvard researchers analyzed filings for the year and found Chapter 7 filings for consumers and businesses were tracking at about 20 percent below 2019 levels. Chapter 13 filings were 55-65 percent off of  2019 totals.

While unemployment rates have historically impacted bankruptcy filings, that wasn’t necessarily the case with the pandemic as numbers decreased, according to the researchers.

Larger businesses are filling 200 percent more Chapter 11 cases than in 2019. Wealthy homeowners have been helped by the stimulus, according to the researchers. Meanwhile, smaller businesses and renters are finding the pandemic more challenging to navigate. They could be facing financial, physical and tech obstacles to getting their cases into the bankruptcy system.

There are signs that the mortgage market is in serious trouble. However, because of federal legislation meant to protect homeowners, the country won’t know the mortgage situation’s true scope until at least the middle of next year.

No one knows the full picture because of protections extended to mortgagees through the CARES Act, a Covid relief law signed by President Trump in March 2020. The law protects homeowners who can’t pay their mortgage on two fronts.

The first allows no foreclosure proceedings until Dec. 31, 2020, for all federally-backed mortgages. The second enables homeowners to seek a forbearance for 180 days. They can also apply for a second 180-day forbearance, essentially getting one year of mortgage relief.

Meanwhile, there are conflicting data on the health of the mortgage market. The New York Fed reports that the number of seriously delinquent mortgage payments is at a 15-year low. Those are payments that are more than 90 days overdue. The low number is attributed to the CARES Act forbearance allowance.

However, CoreLogic, a property data company, reports there is trouble on the horizon. Currently, the seriously delinquent rate is at a five-year high. Mortgage payments that are now 120 days past due are at a 21-year high. CoreLogic’s reporting includes mortgage payments missed for any reason, including forbearance.

What does the future hold?

2021 will be an interesting year as the economy absorbs the hits it took in 2020 and should see growth as lockdowns end and citizens take the Covid vaccine on a large scale.

At an American Bankruptcy Institute Journal discussion on the topic in late October, panelists said the end of the CARES Act stimulus, student loan debt, and job losses could drive up bankruptcy filings. Ed Flynn, the journal’s editor, said there could be more than 1 million filings as the CARES Act stimulus ends.

It will be interesting to see what situation people find themselves in as the nation continues to deal with Covid. And even though the numbers look good so far, they probably are not telling the whole story.