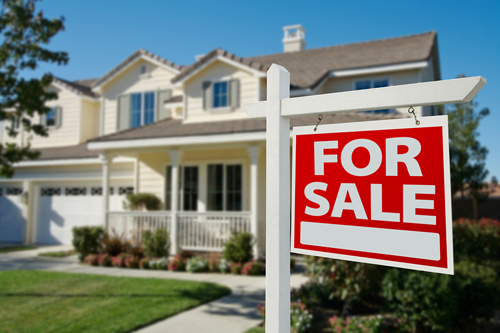 Can You Buy a Home in Philadelphia If You File for Bankruptcy?

Getting a Home Loan Following Bankruptcy

Credit reports contain information about bankruptcies for an extended period of time. The amount of time that the information will remain on a credit report, however, depends on whether the debtor’s bankruptcy was Chapter 7 or Chapter 13. Typically, a debtor that is interested in buying a home will have to wait two years to get an FHA loan following the discharge of their debt. There are, however, certain circumstances that will allow them to get an FHA loan in under two years.

People who have been discharged from a Chapter 13 bankruptcy will have to show evidence that they have made payments as part of their payment plan for more than a year. They will still, however, have to get court approval to be issued an FHA loan.

How Long Does It Take to Discharge Debt Through Bankruptcy?

After someone declares bankruptcy, they are disqualified from buying a home, and they have to wait a certain amount of time for their bankruptcy to be discharged. The amount of time that they will have to wait depends on the type of bankruptcy that they are declaring. After a debtor is discharged from their bankruptcy, they will be released from all applicable debts. After the debtor is discharged, debt creditors are no longer able to pursue collection actions against debtors.

The period of time that a debtor will have to wait after their Chapter 13 bankruptcy depends on the length of time that it takes for them to make all of the payments outlined in their payment plan. There are some cases, however, in which a debtor will be able to request an early discharge of their debt because of financial hardship from a court. A debtor can only be issued a hardship discharge if they can prove that they are unable to fulfill their payment plan due to financial hardship resulting from circumstances that are out of their control and not their fault. To be issued a hardship discharge, the debtor must also have made monthly payments that are equal to the amount that the debtor would have paid in a Chapter 7 liquidation case. Like a Chapter 7 bankruptcy, certain debts cannot be discharged in a Chapter 13 bankruptcy case.

Chapter 7 and Chapter 13 bankruptcy can damage credit scores, despite their ability to solve certain other financial problems. A damaged credit score can result in heftier interest rates for loans or an inability to get a loan in the first place. After bankruptcy has been declared and the debtor has been discharged, the debtor should focus their efforts on reestablishing a healthy credit score.

One of the most important things that debtors can do to repair their credit scores following a bankruptcy is to make consistent and on-time payments on their non-dischargeable debts. Another way that debtors can reestablish their credit scores following a discharge through bankruptcy is by securing new lines of credit. This usually entails taking out new credit cards. Once a debtor receives a new credit card, they should make it imperative to pay off the full balance immediately. Consistently paying off credit card balances in full and on time will, over time, raise credit scores that have been damaged during bankruptcy.